After working as a vocalist for the band “Around the nation” and the girls metal band “Disqualia”, IBUKI, who has a lot of support history, started as a solo artist in 2017.

Demonstrate her multi-talented ability to write, compose, and arrange, with outstanding singing ability
With the high quality of the songs, she is on her way as a vocalist.
In addition to solo activities, she will start a new project “NATSUMETAL” from 2019.
The talented musicians in the metal world arranged and performed a number of nostalgic masterpieces from the 70’s and 90’s, and released their 1st album “NATSUMETAL” in 2020.
Project members: Vo.IBUKI, Gt. Shinichi Kobayashi (Zigoku Quartet), Dr. Minari Shun (BLINDMAN, etc.), Ba.Terazawa Ryota (ex.TORNADO-GRENADE), Key.Reanne (ex.Octaviagrace).

In parallel with her own activities, she also works as a vocalist with various support and as a guest vocalist.
In recognition of her achievements in supporting the original “DESTROSE” of the girls metal band, he also works as a support vocal for the current band “FATE GEAR” of the original member Mina-Taicho at that time.

IBUKI also appeared in the fighting musical “Makai” of music x drama x martial arts as “Jami”.
She sings a number of powerful songs written for “Makai” together with gorgeous musicians as “Jami”. 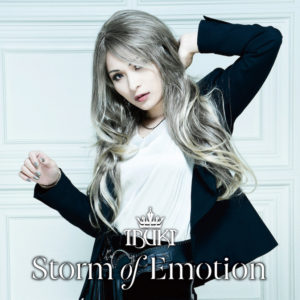